How Often the DNA Test Results Are Negative in Paternity Cases? 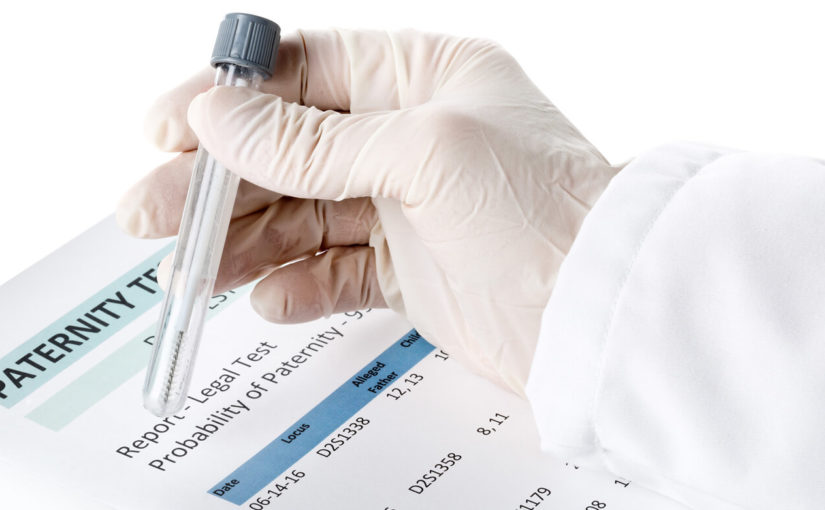 Interviewer: What percentage of the time do you think that the DNA does not match?

Jeanne Morales: Well, I would have to say that’s more situational. Someone is in a married relationship and has multiple kids with that spouse. Then the relationship ends in divorce. It’s probably unusual that out of your three kids one of them’s not yours, unless you had already some reason to believe it wasn’t, like if you could tell your spouse had an affair.

With activities that create children, whether another relationship was involved, people who engage in that kind of behavior might have engaged in that behavior with other people. I recently took on a case where the alleged father was never told that a child was produced and the child was 13 years old. She’d already accused one person of being the father. A DNA didn’t match so she just went down to the next name on the list.

When he got served those papers, it was a total shock. This was during a period of time when the activity that was engaged in was merely just consensual and casual and not relationship-based. He moved away from that area, but 10 years later got served with papers, so even though it’s not exactly like what is covered by this new law, he definitely wants to find out now he’s being accused 13 years later of being a father.

You’d ask one question about how this kind of case would develop. Close to 40% of births to teenagers in Texas are out of wedlock. Now, when you’re a teenager you’re physically capable of producing children but you might not have the same filters and visions that a full grown adult has in order to be able to know what your rights are initially – number one – and, number two, to filter through what people are telling you and saying you’d like a DNA test.

Because they’re teenagers, they get caught up in the moment and just sign away their rights. I believe that’s part of the reason why the legislature addressed this.

Jeanne Morales: Like I said, the situation would revolve around when everything coalesced to a point that you had reason to believe the child was not yours. We do a pretty extensive interview because what we found in dealing with people in relationships in family law is that things grow over time. People get married and they’re all happy and in love and they don’t get divorced a month later just because the toast was burnt.

The problems with the relationship develop over time and it’s similar to how somebody would develop the idea that perhaps they had been mistaken about their paternity or lied to about the possibility of their paternity.

We usually start with discussing the relationship: when and how the pregnancy was discovered, what was the relationship at the time of the birth, and what kind of information was exchanged between the parties that led him to believe at the time he was the father and therefore he consented to having his name put on the birth certificate or earning paternity papers.

Again, relationships are not static and sometimes at some point later on things deteriorate. Once they separate, if he only gets visitation he’s probably going to be the one that is assigned the responsibility of paying child support.

Now, a lot of people at that point just don’t like the whole idea of having to pay someone, an adult, if they’re not in love with them and they had a deteriorating relationship with them. Some people just wrap their mind around that they need to pay that person; it doesn’t seem fair.

Ultimately, that money is meant for the care and raising of the child and that’s what the court is most concerned about. Yes, you do pay it to someone who you were perhaps once in love with and now are no longer in love with, but that’s not the issue. The issue is if you were responsible and are the parent of a child, it’s your responsibility to pay for it or provide for it until it becomes an adult.

By fitting all the little clues together we will create an affidavit for the individual. There have been times there have been cases where there’s a spring fest and she tells him that he’s not the father.

You still have to pay child support because you signed the papers. Maybe that’s the moment that makes him come see an attorney. Often times it’s little things that either get said or mentioned by his friends, or he passes around pictures of him and his kid going fishing, and people go, “This doesn’t look like you at all.”

A lot of times, it’s something that builds up over time then finally he’s like, I really got to look into this. One gentleman told me that he’d always suspected that his second child was not his and that he had briefly separated from his wife. The child never looked like him. The other kids would come for visitation and she refused to see him, and as an adult his relationship with her is nonexistent, but he thinks that it all stems from the fact that somewhere along the line when he separated from his wife, she told her that he wasn’t really her daddy, and that she resented him for it, but that person is an adult now.

He says even from the time she was about six or seven, he always wondered in the back of his mind if the child was actually his genetic offspring.

Interviewer: The mother had told that child that he wasn’t the father. Can a spouse disclose that to the partner?

It’s unfortunate that adults who can’t keep their lives straight or who are in tumultuous situations need to go out of their way to present a normal situation to the child. It doesn’t do anybody any good, regardless of who the parents are. When people have separated they’re both still parents and they needed to act as adults who are with their children and not run the other parent down. That’s never ever going to turn out well in a situation.

Just because the adults can’t keep the relationship together, it doesn’t mean they should punish the children for it. Involving children in adult arguments, nitpicking, and backstabbing are just inappropriate all the way around and every judge out there will admonish a couple that’s doing that. Their relationship together might be over but their relationship as parents needs to go on and they need to be adult about it.